This is the land of the "Aggies". The very prestigious, Texas A&M University is in College Station. It was the first universities established in Texas, in 1876. It is also home to the George W. Bush, 41st presidential library. He fell in love with Texas A&M, and so can you.

After the establishment of the Texas A&M University, the town started to grow, which was named, fittingly, "College Station". It has continued to grow, along with its sister city, Bryan, Texas. Today, there are over 256,000 citizens throughout both cities. With a population like that, you know there have to be enough activities, and employment to keep draw them here.

In both cities, there is a host of schools. parks and recreation, sports areas, dining, entertainment, as well as employment. Both cities are choice places to live in. The biggest draw to College Station is, of course, Texas A&M University. A&M alone is the biggest employer for people from both cities. Texas A&M employs 16,250 people, in staff, maintenance, and Human Resources.

The climate is one of the prized reasons to move to this area, as well as employment. The climate is basically a great year-round place to be. It's not to say, that it does not dip into the teens once in a while, but this is usually during the colder months of January and February, as in other areas of the country. The difference is, that the weather tends to back up in the day time, unlike your Northern states, where it stays cold. You can be ready to hit any number of outdoor activities, by mid-morning.

Speaking of outdoor activities, there are numerous public swimming areas in each city. Each city has three public pools each, throughout both cities to enable residents one near them. There are also splash pads for the little ones to play in. For the avid fisherman, College Station has five ponds to choose from for fishing. Bryan has a large lake for anglers to stand on the shore and hook some Bass. You can expect to see others at the fishing holes, as there are jogging and walking trails at all spots.

Each city has numerous parks to go to, according to your needs. If you are looking for athletic fields, you will find plenty. There is baseball, soccer, football, softball, tennis, Frisbee, kickball, basketball, volleyball, pickleball and even disk golf fields, and courts. If I did not mention one sport, it is sure to be there, or coming soon. There are also numerous playgrounds in all the neighborhoods, for your little ones. Don't forget "Fido". They even have dog parks for them to stretch their legs, and get reacquainted with old friends.

As mentioned earlier there is plenty of employment in both cities. A&M was already mentioned as the biggest one. It is followed by the schools’ systems of both cities, which employ about 3,500. The health systems and hospitals employ about 3,000. There is also Sanderson Farms, Reynolds and Reynolds, City governments, Walmart, and numerous Grocery stores. Of course, there are also many dining and retail establishments, as well as entertainment venues, and service industries. There is no shortage of employment in this area.

When researching land for sale Brazos County TX, don't forget to have a list of exactly what it is, you are looking for. Do you want pasture, a private home lot, or commercial? It is good to research exactly what you need. If you are looking for commercial land, for a service industry, you will want to be near the people who need your services, or perhaps, if it just for service vehicles, then you can look on the outskirts for cheaper land. It all depends on what you need.

If you are looking for a perfect place for a home but did not like any of the homes available where you want to be, then contact a Realtor to ask where land for sale Brazos County TX, is in the area you want, at the price you want. AS mentioned before, have your list of exactly what you must have, followed by what you would like to have, and then what you can absolutely live without. Having this all ready for a Realtor, make life so much easier for you, and the Realtor, and makes for a quicker transformation of you building your new place. Have fun, finding your new land for sale Brazos County TX, and permanently settling in the area of College Station. 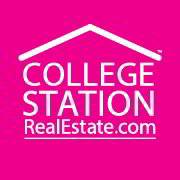 © 2020 Bryan-College Station Regional Multiple Listing Service. IDX information is provided exclusively for consumers' personal, non-commercial use and may not be used for any purpose other than to identify prospective properties consumers may be interested in purchasing. Data is deemed reliable but is not guaranteed accurate by the MLS or CollegeStationRealEstate.com. Data last updated 12/25/2019 05:31.

Made in Phoenix, AZ by your friends at Chime Technologies, Inc. Copyright 2020. All Rights Reserved. Privacy Policy & TOS